How Car Advertising Has Changed

As the slow/fast trickle of time carries us along, it’s often difficult to realize just how much things have changed, like car advertising, for example.

The first advertisement for a car came in 1898 with the catch line “Dispense with a horse.” Since then, the car advertising industry has evolved many times, paralleling the evolution of general marketing while also growing based on its own needs and requirements.

Let’s take a brief look at how car advertising has changed since its beginnings and where it is now. 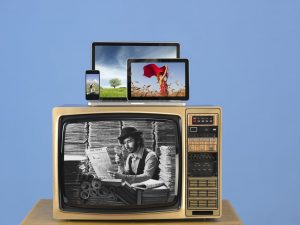 When they first drove on the scene, cars were new, exciting, and to some, just a gimmick. As noted above, the first advertisement focused on what a car was not—namely, a horse and buggy. It began a trend that, to this day, car advertising still uses: the concept of freedom.

What can you do and where can you go when you don’t need to bring a horse? It also broke down the ever-important variable—the price—even comparing that to costs of keeping a horse.

While print advertising for vehicles did exist before the ‘50s, it wasn’t until the Mad Men started representing vehicle manufacturers that print, for cars, really took off. All attempts at subtlety were cast off, and double-page spreads read like infomercials—with lots of information and large colour pictures.

That is until Volkswagen, desperate to break global markets, reversed the trend with its “Think Small” campaign. It contrasted nicely against the bold, bright illustrations of other ads.

Television has changed significantly. It was no different in the car world, either, with a huge shift from information-centric ads about car features to pitching a lifestyle change of a particular make and model. Moving pictures gave manufacturers a chance to really show their stock in action, and people responded.

Vehicle advertising saw a whole new evolution due to the advent of the internet. When the internet first came about, leasing companies jumped at the opportunity—they could update their adverts in real time.

Today, with the rise of smartphones and social media, the shift is continuing. Car advertising is embracing the nature of digital marketing, which focuses on creating content that interested individuals will search out on your website, on their own terms. The day Instagram came alive was a glorious day for the automotive industry!

New technology to understand your audience’s behaviours online and the ability to actually make purchases through a website shifted the tide even more. Success in vehicle advertising these days means not only understanding, but mastering, the digital tools available.

It’s been quite the journey from 1898 to today, and car advertising has certainly transformed along the way. From the days when you would never dream of communicating with a buyer who was not standing on your lot to finding more and more ways to reach people at home or on their mobile devices, vehicle advertising has grown. Now is the time to embrace digital and the new platforms, avenues, and approaches it can offer.

Let us know what you thought:

Find out how our digital solutions can help your business